Nailing down the kilowatts | Printweek

Wrap up and prepare, there’s no doubt we’re all facing a hard winter, with industry hit as much as households by the rocketing price of gas, electricity and vehicle fuels. While the government belatedly and reluctantly capped electricity prices to businesses, it’s only for six months and the bills will still be a lot higher than last year.

This time last year, faced with energy price rises that seem almost trivial now, Printweek put together a guide to reducing energy use in printing factories, such as switching off anything you can when not needed, installing LED lighting and improving draft-proofing and insulation. We looked at the economics of solar power too. We’ve updated it a bit for 2022 and you can read it online at https://bit.ly/five-ways-to-cut-fuel-bills. Flexo Photopolymer Plate Making Machine 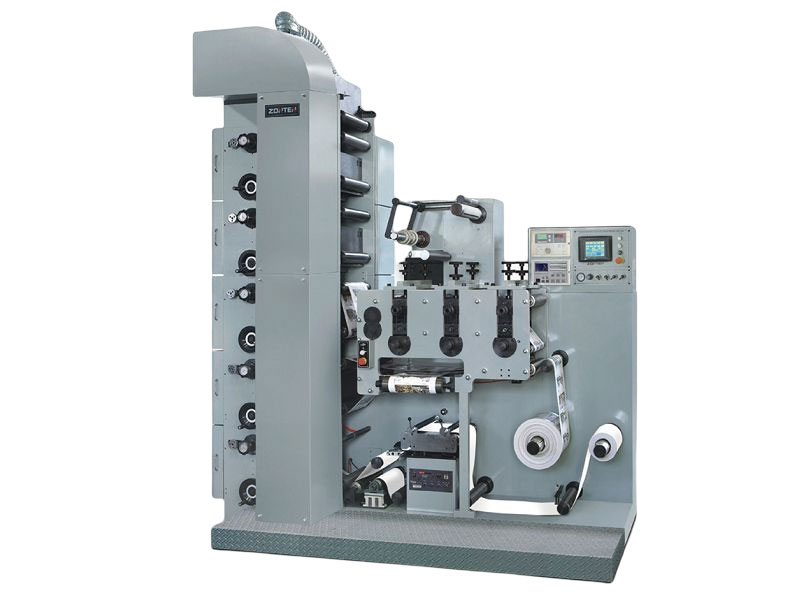 What do presses really use?

Our original guide didn’t cover production equipment, partly because it was hard to get actual power usage figures out of conventional press and finishing machinery suppliers. However, printers will know what their own bills are, and you can buy your own measurement devices to test each machine on standby or load.

Here we’re presenting what we’ve been able to find out about press consumption by reading and asking around the industry. It’s necessarily incomplete and not very standardised, but readers may be able to compare some of the results with their own equipment.

Heidelberg’s website has a sustainability page for its latest eight-unit  B1 Speedmaster 106XL, which says it uses 8kWh per thousand sheets  in its most efficient mode. Given today’s trends to short runs that’s a worthwhile figure to know, while for longer runs at the press’ top  speed of 18,000sph, that’s in the region of 144kW per hour of continuous running.

The press can show its consumption continuously to operators on its Wallscreen display. Heidelberg also claims that its DryStar Combination warm air dryer can save 27,000kWh per year (assuming 36m sheets) compared with earlier driers. Motors, water cooling, air pump and power supply are all optimised for lower consumption, it says. For instance the Airstar cabinet, which supplies the vacuum and Heidelberg’s optimised-nozzle hot air drier, saves a huge 140,000kWh per year (for those same 36m sheets) because it is twice as efficient as earlier units. Press automation such as pre-setting also cuts time, waste and therefore consumption too, it says, while a new standby mode saves yet more.

Sheet-for sheet, therefore, the latest litho looks quite competitive with digital. 144kW per hour is many times the consumption claimed for the digital presses below, but the XL106 prints vastly more A4 page areas than they can produce in an hour. Remember though that litho and flexo presses also consume extra electricity in the platemaking processes as well as the extra consumables, which digital doesn’t need.

If you’re in the market for a new litho press, bigger can mean more efficient, says Murray Lock, managing director of M Partners, distributor of RMGT presses: “Our sales pitch is, you can replace two B2 presses with one B1. Their economics are better and you’ll get twice the throughout for less than twice the power use.”

RMGT was also a pioneer of LED-UV curing 10 years ago, and all litho (and flexo) press makers offer it now. We’ve heard of printers that have retrofitted UV-LED (or low-energy UV, which is different), purely for their energy savings – with the instant curing as a side-benefit. While UV-cured inks cost more, the energy savings are tipping the balance.

Energy concerns are also leading more printers to consider digital, says Stuart Rising, head of commercial print for Canon UK & Ireland. “We are now seeing energy consumption featured in almost every conversation that we have with our prospective customers,” he says. “In particular, we are seeing more litho press users seeking out devices that offer advanced product specifications as well as energy-saving potential – as this can help them to meet wider business and sustainability objectives. Our inkjet technology has recently captured the attention of PSPs as it boasts a number of energy-saving capabilities which can help to evolve production print processes and improve sustainability.

“Comparisons need to take many different aspects into account. As well as energy savings, there are a number of other important environmental factors to consider – all of which are taken into account when designing the ideal solution for our customers. Digital print technology and inline finishing for example, require less manual intervention – while print-on-demand reduces inventory and waste, making the entire print process more flexible,” Rising adds.

The bigger-is-more-efficient logic doesn’t seem to stretch to digital presses however, where B2 is popular as a step up from SRA3, especially with HP Indigos, but B1 sheetfed is yet to really take off despite  numerous tries.

We did manage to get some idea of a few digital presses’ consumption. Kyocera, which stressed the low consumption of its SRA3 Taskalfa Pro 15000C inkjet production press when it was launched last year, has drawn up a comparative chart of some other digital presses. Stuart Johnson, production print manager at Kyocera Document Solutions (UK), said these are real-world measurements from some of its global customer sites that also have the competitors’ machines.

We haven’t been able to independently verify these figures. Canon did give us figures for its VarioPrint ix inkjet series and these are significantly lower than Kyocera’s measurements, but they may not be comparing like-for-like. We’ve added the manufacturers’ official figures in brackets where we can find them.

You’d need to do a lot of cross-comparisons of throughputs to get a standardised figure in terms of kW per A4 page or whatever. However it seems clear that inkjet’s high power use is due to the hot air driers needed for the water-based inks, which is more power-hungry than the heat/pressure fusers of the slower toner presses.

The Kyocera inkjet puts down less ink, so needs very little help with drying, but it’s really more of a fast document printer than the Canon and Xerox inkjets which can produce litho-like colour depth and quality but with a lot more ink to dry.

HP Indigo models heat the transfer blanket to transfer the ink, but don’t need further energy to cure it. Official figures for the HP Indigo 7000 sheetfed SRA3 press are 14-18kw when printing, apparently for a four-colour version. The WS6000 web press is the same. B2 sheetfed models (12000 and 3000) are 38kW.

It’s much the same story for wide-format inkjets. Water-based ink  printers (for fine art and photo work) tend not to have accelerated  drying, but they are slowish and need special coated papers. The dye sublimation process needs significant heat for the ink to transfer to  textiles and other polyester-based media. Solvent and eco-solvent ink types have heated beds, largely to condition vinyl to accept and lock in the pigments.

HP’s Latex process originally needed a great deal of heat to cure the water-based polymer inks, although the current iterations have reworked heating systems, a faster warm-up and a new ‘Optimizer’ primer to reduce this significantly.

In 2021 Mimaki put up a YouTube video where it printed the same 4sqm job on its UJV100-160 LED-UV printer and then the equivalent HP Latex 600W/700W model, while measuring the power consumed throughout. Starting from standby (with a power spike to warm up) the HP used about six times as much electricity.

HP itself published figures in 2016 comparing its Latex 360 with a Roland XF-640 eco solvent printer, and found the Latex used about four times as much electricity.

These figures aren’t comprehensive, and there may be inconsistencies in how they are measured. Nevertheless, they do provide a broad idea of what various processes use, which may be useful to readers in judging how to allocate their production this winter, and how to plan investments before the next one.

Steve Baker, managing director of Baker Labels in Brentwood, highlighted the potentially catastrophic impact of the predicted electricity price rises in a LinkedIn group in August, which received a lot of responses from other companies in the same boat.

Baker explains that, initially, sustainability was the driver: “Our journey regarding the environmental credentials of the business started many years ago as we knew it would become a more relevant issue but also it’s the right thing to do. Plus it makes sound business sense. So now the energy crisis has hit there is not a huge amount we can do to reduce power more, but we are always looking at where the smaller savings can come.

“All our lights are LED and on sensors, the building is well insulated so requires minimal heating, the machines are relatively modern and kept well maintained, all electrics are inspected regularly to ensure good balance, etc.

“We do keep looking at solar but the actual power generated is very minimal for the investment required but we will commit soon. We are also looking at the vertical windmills to see if this will be practical.

“The big step is to actually be aware of what you are using and when. We got the half hourly reports from our supplier and then viewed them almost as a heat map in Excel. It then became really obvious when our max usage was, but the interesting element was discovering around 10% of our power is used when the factory is empty!

“There are some obvious requirements like servers that have to run, but we identified that some equipment was being left on just through habit. PCs, monitors, printers, etc are everywhere in the factory now, so bringing in a ‘switch it off’ policy has helped. Getting the teams involved with suggestions also helped and of course now everyone is very power- aware it’s making it easier. Compressed air was another decent one, identifying leaks – checking it out of hours when it’s quiet!

“We are also looking at engaging a company to run a study to see if investing in voltage correction equipment would be worthwhile along with harvesting water to use in the toilets, etc – not really power-related but still environmental. The key point is that you don’t know what you don’t know, so bringing in a specialist partner will hopefully enlighten us with some new ideas. Yes, it will require investment but choosing the right investment for the return, not just financial, and the future benefits is what we should all be focusing on.”

Printweek welcomes informed debate, but all comments must comply with our house rules which can be read here: A-Z of using the Printweek forums